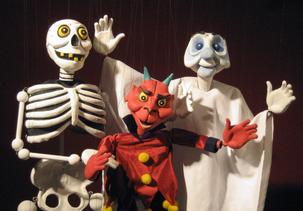 in the Wild West

An All-American version of the famous fairytale.  Cindy Lou lives on a ranch, where she's learned the skills of roping cattle and riding horses.  Instead of a Fairy Godmother, she relies on the help of a Native American spirit guide.  And instead of dancing at the Prince's Ball, she competes in a rodeo on the back of a bucking bronco.

When you're a little toy soldier with only one leg, challenges are bound to happen.  Once upon a time, the steadfast guard of the toy box fell victim to a jealous Jack-in-the-Box who pushed him out of a window, where he fell into the rain-soaked gutter below.  An epic odyssey carried him all the way out to sea and into the jaws of a hungry fish.  How would he survive?  And

could he ever return to his home and friends?

A powerful Chinese Emperor has a soft spot in his heart for a humble little bird from the forest, and for the music that she sings.  When a mechanical nightingale is given to him as a gift, his affections quickly change, and the real bird is shunned.  Hans Christian Andersen's affectionate story shows just how important true friendship can be. 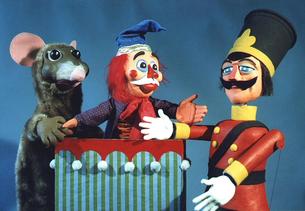 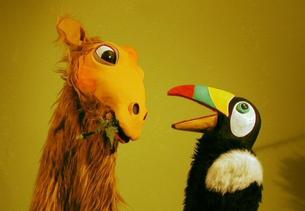 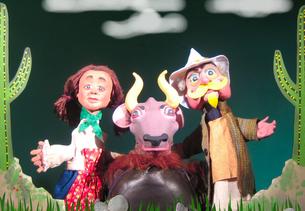 Circus on a String

Step right up and see incredible feats of skill performed by acrobats, clowns and animals with one very important and unique feature...they're all puppets!  String puppets, or marionettes, to be exact.  It's all action, music and thrills.  There's no sawdust, but lots of fun and suitable for all ages.

This tongue twister of a title refers to all the ghosts and gremlins who come out on Halloween night to celebrate with lots of tricky spirit...and nothing scary.  A witch and her dancing broomsticks, a skeleton whose bones fly apart, a wizard with elastic legs, a dancing scarecrow, and a flying pumpkin are all part of the festivities, and you're invited, too! 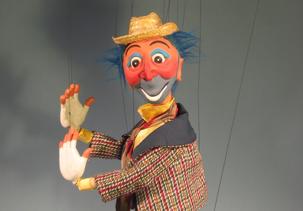 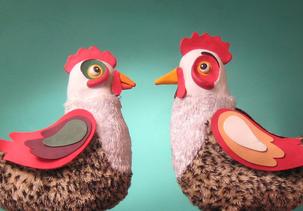 What do you do when your dad is the mighty, thunderbolt throwing Zeus, and you, too, have incredible strength far beyond your age?  Young Hercules just wants to fit in, but the other kids and neighbors just don't know what to make of him.  This story, set in Ancient Greece, is about a little boy on a path of discovery, and what it means to be a leader and a hero. 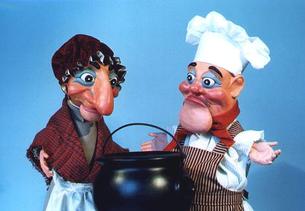 Centuries ago, a young soldier walking home from a distant battlefield came upon a village of very fearful people who refused to give him food, let alone, shelter for the night.  And now, in this musical version of the famous folk tale, he uses his wits to create a remarkable recipe, the result of which is a most delicious pot of soup.  He even finds a way to make new friends.

Master of Ceremonies, grasshopper Bugsby Berkeley, heads a cast of all-star insects who perform in the craziest Vaudeville show ever!  Acrobatic ants, jumping fleas, tap-dancing spiders, cavorting caterpillars...even a butterfly beauty pageant are all part of the fun in this supersized, imaginative close-up look at some of nature's wonders. 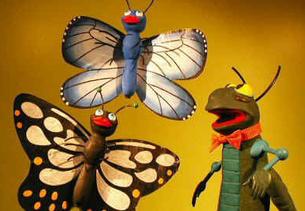 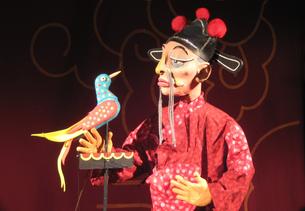 Carnival of the Animals

A talented menagerie of personable creatures, who perform to the music of classical composer Camille Saint-Saens.  This beloved, world famous score is brought to life by a surprising parade of puppets of all shapes and sizes: a regal lion, a graceful swan, leaping frogs, a school of fish, soaring birds, a roller skating elephant, and more!

Rudyard Kipling, who also wrote The Jungle Book, imagined the African animal kingdom as a magical place where an elephant's trunk could stretch in the jaws of a crocodile; where a camel's hump could grow from shear laziness; where a leopard's spots could be found in the mud; and the alphabet could rise from the sea.  These delightful tales are a combination of wonder and fun. 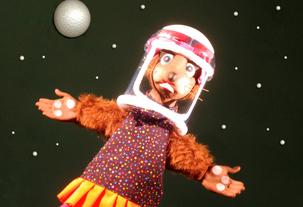 The Mouse on the Moon

Winnie Mouse wants to visit the moon.  But how?  Every night, she gazes through her telescope and wonders, and her friends, Freddie Frog and Jasper Rabbit, want to help.  At first, getting there by spaceship is a tall order.  Then they use their imagination and sense of adventure to give Winnie the trip of her life! 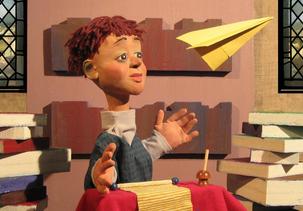 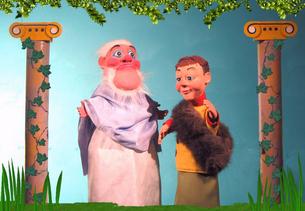 and the Fantastic Flying Machine

Time travel back to 15th Century Italy, where young Leonardo Da Vinci is an apprentice in the studio of the great Master Andrea del Verrocchio, the foremost painter and sculptor of his day.  Inspired by all the books, tools, charts, art work and maps around him, Leonardo is drawn to the world of science, and uses his sense of invention to build a machine that flies.